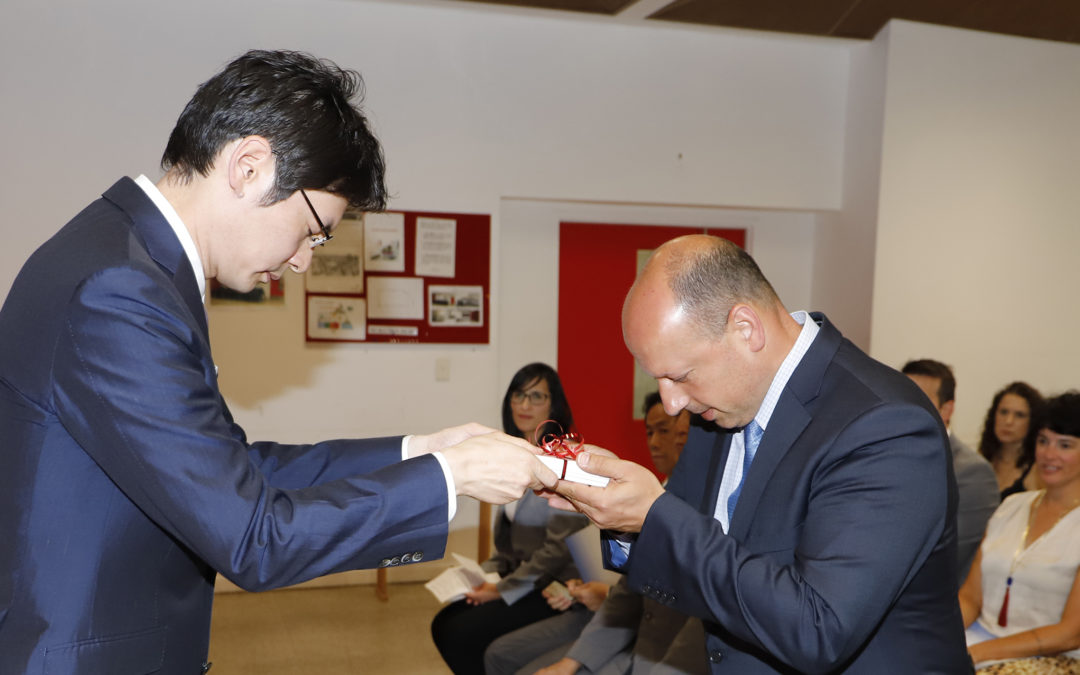 During his missionary visit to Australia, Masaaki-sama visited the Anzac War Memorial, where a plaque commemorating those fallen during World War I resides, along with Sydney’s St. Mary’s Cathedral and took a stroll in the vicinity of the Sydney Opera House, a World Heritage Site. After that, he made his way to Melbourne, where the next day on the 4th, a meeting was held with him and the staff of Su no Hikari Kyodan and Izunome Group at the Melbourne Johrei Center.

Next, in a gathering of members from the Sri Lankan community, the Ohikari Receiving Ceremony took place along with the presentation of the new leaflet. Masaaki-sama presented the Ohikari or Sacred Focal Point to two new members. After Rev. Horacio, Head Minister, gave a greeting, Masaaki-sama presented the leaflet “Who We Are” for missionary work purposes to the Head Minister.

Afterwards, a dinner meeting was held at the center and Masaaki-sama and the members personally interacted with each other.

The next day on the 5th, Masaaki-sama visited his alma mater University of Melbourne for the first time in 14 years. He walked by school buildings with old memories. Afterwards, at the Multicultural Hub within the city of Melbourne, in a gathering of members from the Brazilian community, the presentation of the new leaflet took place. First, under the lead of Masaaki-sama, everyone prayed the Amatsu Norito. Next everyone read aloud Words of Light, Our Pledge and Words of Prayer. Masaaki-sama channeled group Johrei and next, presented the leaflet “Who We Are” to Rev. Horacio. Then the member’s declaration of determination took place.

After the greeting by the Head Minister, Masaaki-sama stood to give a greeting and talked about the meaning embedded in the name of Messiah and the mission that World Church of Messiah members must fulfill. Next, he exchanged handshakes and hugs with members, listened to their stories, and interacted with them over a long period of time.

The next day on the 6th, after sightseeing within the city of Melbourne, Masaaki-sama made his way to the airport. His visit to Australia came to an end and set out for his return back to Japan.

This time’s visit to Australia for its members was a big step in awakening to Meishu-sama’s true wish, following Meishu-sama’s example and moving forward on the path to be born anew as a true child of God, a Messiah.