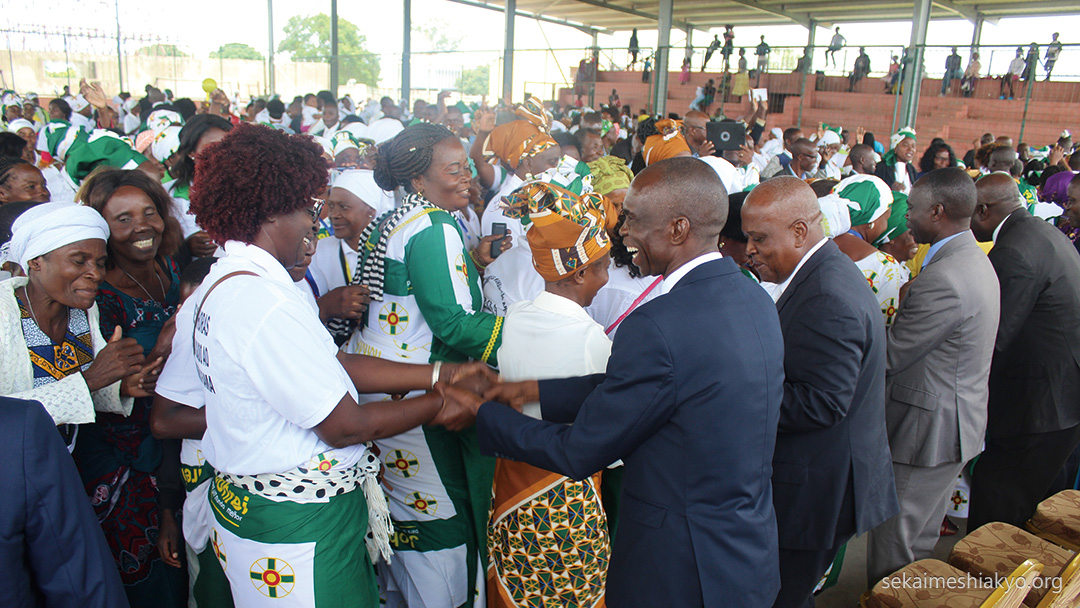 Just like Japan, in Africa, too, this time’s church purification caused a division. In Angola, the center of missionary work in Africa, many of the Kyoshu-sama-centered members stood up and under the leadership of Rev. Afonso, President, Igreja Messiânica Mundial de Angola – Trono de Kyoshu (World Messianic Church of Angola – Holy Seat of Kyoshu) was founded on December 7, 2018.

In many of the countries in Africa, including Angola, the great majority of members walk together with Kyoshu-sama. Currently, from 11 countries, there is a total of approximately 47,000 members and the new faith that Kyoshu-sama has revealed is spreading.

As if to express that, presently, a remarkable 3,000+ people are waiting to be presented with Ohikari (Sacred Focal Point).

However, they cannot receive it soon after expressing their wish for it. Before becoming a member, they have an interview with the president and their regional director and there, they must clear all nine items of a check list (see below) in order for their membership to be recognized. The gate is quite narrow. In Angola and the DR Congo, seven profession ceremonies have taken place this year from January through March, with a total of 398 people who professed their faith and became new members.

All the members and ministers of Africa are vigorously distributing the leaflet introducing the church, Who We Are: We Were Born on Earth to Become Children of God, all across Africa. Kyoshu-sama-centered divine work has become a great wave advancing in Africa.

We do not know if this “Interview Checklist” in Africa is possible to actually implement in Japan, but isn’t there something that we members and ministers of Church of Messiah can learn from the way members in African faithfully, straightforwardly and single-mindedly seek Kyoshu-sama’s guidance and the way they go forward?