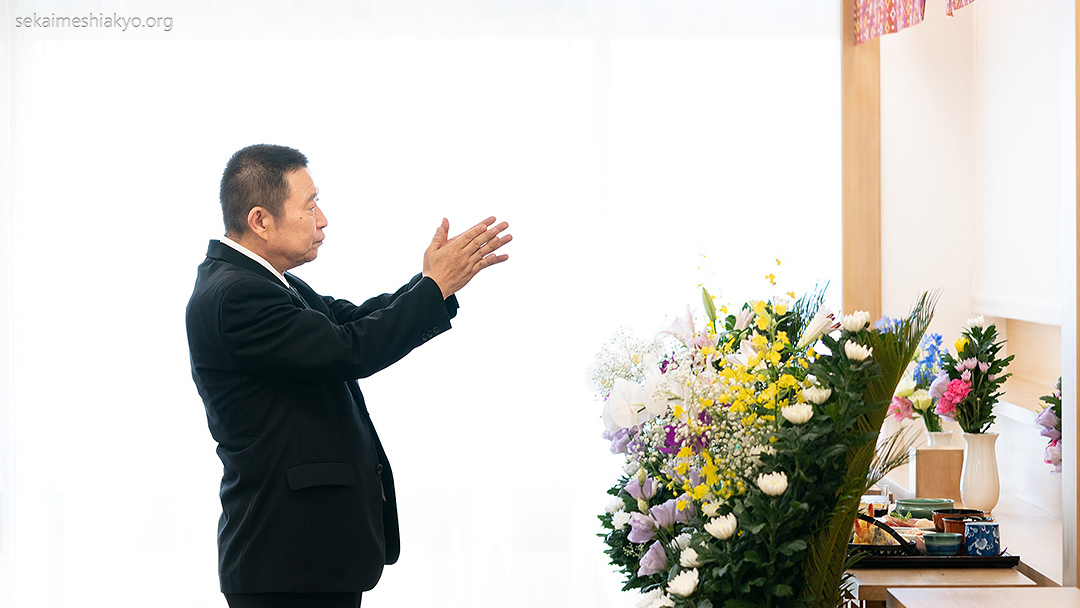 The Anniversary of Passing Service for Sandai Kyoshu-sama (Third Spiritual Leader) was held on September 4 at the Ancestral Shrine in the headquarters altar room. With President Narii leading the prayer, executive directors as well as staff members were in attendance to pray.

Itsuki Okada succeeded the position of Kyoshu from Nidai-sama (Second Spiritual Leader) as Sandai Kyoshu-sama on February 4, 1962 at the young age of 34. In the greatly changing circumstances of the church, she fulfilled her noble service of 36 years. As the focus and leader of the church and of the members, she guided us, at times kindly, at times strictly, with parental affection. On February 3, 1998, she abdicated her position. The Holy Seat of Kyoshu was succeeded by the current Kyoshu-sama, Yoichi Okada. Afterwards, she supported us in ways seen and unseen as “Sandai-sama” and passed away on September 4, 2013.

At World Church of Messiah, September 4 has been established as the day for the “Anniversary of Passing Service for Sandai Kyoshu-sama” and the service is held at the headquarters’ Ancestral Shrine.