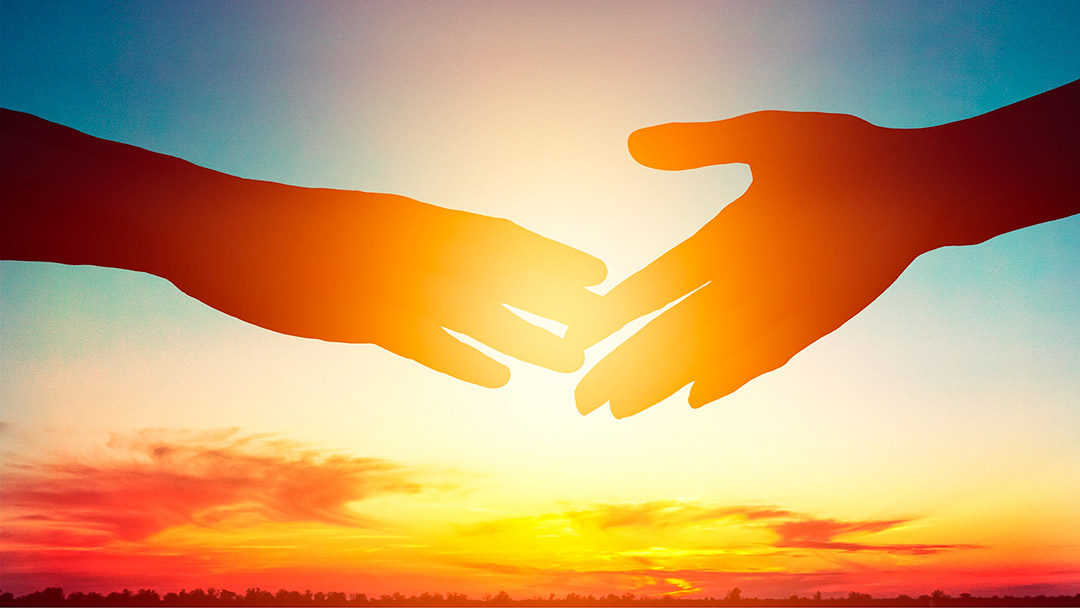 Meishu-sama
Suddenly, my soul longed for a faith. Faith! Faith! I thought that faith was the only way to be saved from the suffering of my heart, body and life. Deeply, so deeply had the harsh reality of life surrounded me and my heart like a thick ice wall. . . .

. . . The economical damage! The mental blow! The collapse of my family! I despaired of my life so heavily, I even thought that there was no one in this world more miserable than I. I will never forget it—all of this took place in the year 1920.

Around that time, I saw an advertisement in a newspaper and bought a book entitled Critiquing Omoto. Searching for a faith, my heart so strongly sought a rope that could be held on to. This heart of mine tried to comprehend the true identity of this unknown new religion called Omoto.

And then, I felt drawn by something. Every character! Every sentence! Every page! I cannot list all of these things in detail, but something, some kind of inexplicable force seized my heart and pulled me in.

After a while, I saw a newspaper article and came to know that Omoto was going to host a lecture meeting in Kanda, so I went to listen to the talk. I believe the name of the speaker was Toru Yoshihara. Then, with every word Mr. Yoshihara spoke and, as the moments of listening to each of the words uttered from his mouth came together, I thought: “It must be Omoto… Omoto must be the faith that I sought and sought for such a long period. Omoto will save me.” I clearly heard these voices that hit my heart. How bright was my mind at that moment when I realized that I was really going to be saved!

During this time, besides being taken to court for fraud, I was also being sued for seven to eight other matters. Bailiffs were always searching my house—I was living in a hell-like state. But for someone whose soul was saved, nothing could overpower me. So I left my cases to lawyers and rushed to Ayabe where the headquarters of Omoto was. What I wanted in all sincerity and earnest was salvation, a faith. Making the window of the train my pillow and, while half asleep, half awake in the darkness, I worried of my desperate financial circumstances. However, at the very bottom of my heart, I had a strong and unwavering conviction of faith that burst out like a flaming fire. . . .

Five years ago, I went bankrupt, but now nothing is able to shake my strong conviction that I am protected by God always. Just a little while ago, my finances returned to their normal state, and now, at the age of 39, I lead a calm and peaceful life.

I was saved by the power of His blessing, by the warmness of His saving hand.

Over time, day by day, my faith has grown much deeper and firmer. Three years ago, I received a revelation from God. And now, today, at this moment, the state of my mind is transcendent, subtle, pure and spontaneous. Things earthly and secular cannot even approach it. Within me is a perfectly round and soft light, and I breathe calmly with my spirit and body.
(“The life of faith I have walked,” November 1, 1930)

Bible
Christ Jesus my Lord, for whose sake I have lost all things. I consider them garbage, that I may gain Christ and be found in him, not having a righteousness of my own that comes from the law, but that which is through faith in Christ—the righteousness that comes from God on the basis of faith. I want to know Christ—yes, to know the power of his resurrection and participation in his sufferings, becoming like him in his death, and so, somehow, attaining to the resurrection from the dead. Not that I have already obtained all this, or have already arrived at my goal, but I press on to take hold of that for which Christ Jesus took hold of me. Brothers and sisters, I do not consider myself yet to have taken hold of it. But one thing I do: Forgetting what is behind and straining toward what is ahead, I press on toward the goal to win the prize for which God has called me heavenward in Christ Jesus. All of us, then, who are mature should take such a view of things.
(Philippians 3:8–15)