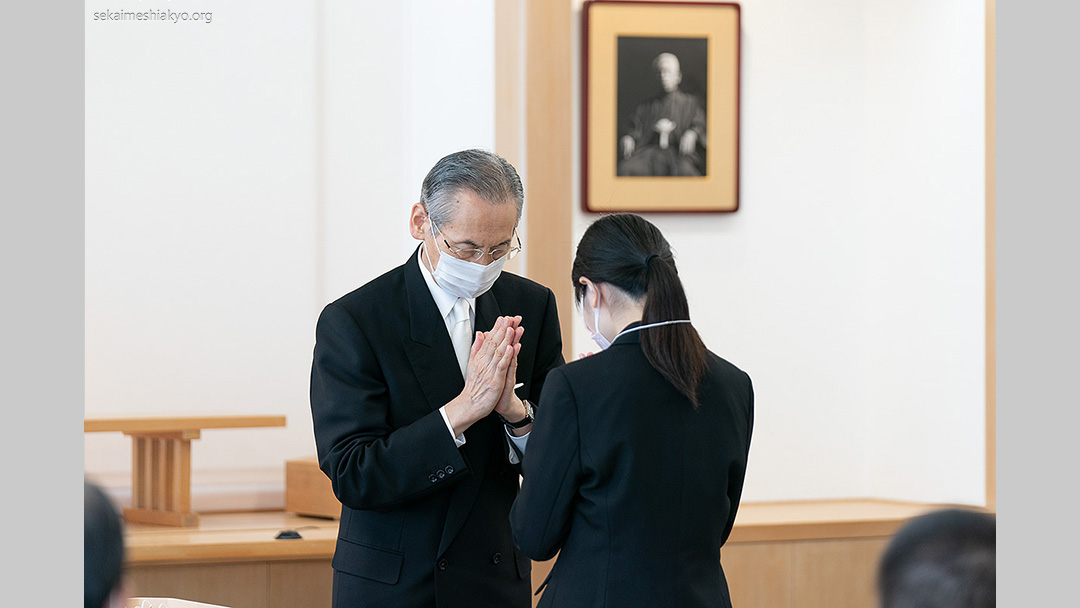 Under the presence of Kyoshu-sama, the Profession Ceremony took place at the World Church of Messiah headquarters on October 11. Masaaki-sama, Kyoshu-sama’s successor, was present, and those wishing to be become members and those that guided them gathered from all over the country.

First, Kyoshu-sama read aloud the Opening Prayer to God, then everyone prayed the Amatsu Norito. After the singing of Meishu-sama’s hymns, Words of Light was heard, and everyone received Johrei from Kyoshu-sama. Next, the video “To Become Children of God: To Be Born Anew” was shown.

After a brief interval, Kyoshu-sama presented the Ohikari to each candidate wishing to profess their faith and become a member. After a greeting from President Narii, everyone voiced aloud Sacred Oath. At the very end, all sang “Ieji” (Goin’ Home) with lyrics written by Kyoshu-sama, ending the ceremony in a solemn atmosphere.

New members impressed into their hearts to aim to be born anew as children of God following Meishu-sama’s example, convey the gospel of Meishu-sama’s true salvation to as many people as possible and serve God through their own sonen.