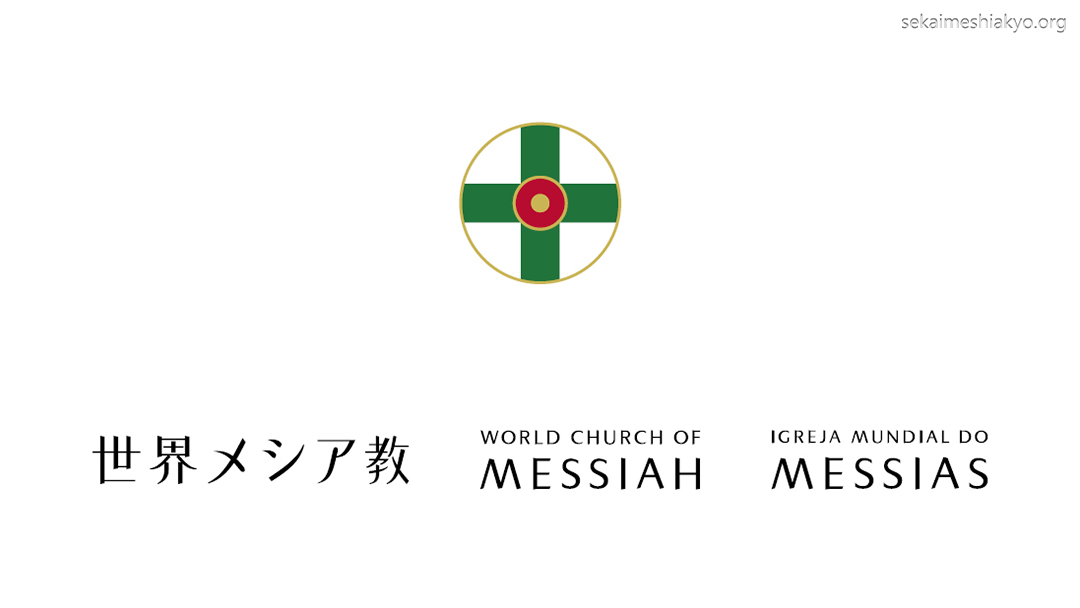 Announcement from World Church of Messiah Board of Executive Directors

When Meishu-sama founded World Church of Messiah on the Beginning of Spring (Risshun) in 1950, he created the symbol using a circle and a cross. This symbol was printed on the back cover of the church publication Heaven on Earth, no. 14 issued in March of 1950. He used this symbol until his ascension. From this point forward, the symbol that we will carry is this symbol.

When we think about how the creation of this symbol happened at the same time of the founding of the Church, we can perceive Meishu-sama’s considerable ardor and enthusiasm as well as the deep will of God embedded in this symbol.

Four years after Meishu-sama’s ascension, starting from Heaven on Earth, no. 119 issued in June of 1959, this symbol was changed to the symbol that all of us are now familiar with—the design that has four 45-degree lines. Until today, the Church has been using this symbol that we know in various settings.

Accordingly, this symbol from the founding of Church of Messiah of Meishu-sama’s time—the symbol that symbolizes this point of origin—will be our new church symbol from here on.

We will use the new church symbol for the tapestries (banners), the church publication Glory, our website, on church signage, etc. We are also developing a new lapel pin and hope you are looking forward to it. As a matter of course, we will continue to use the previous symbol as necessary.