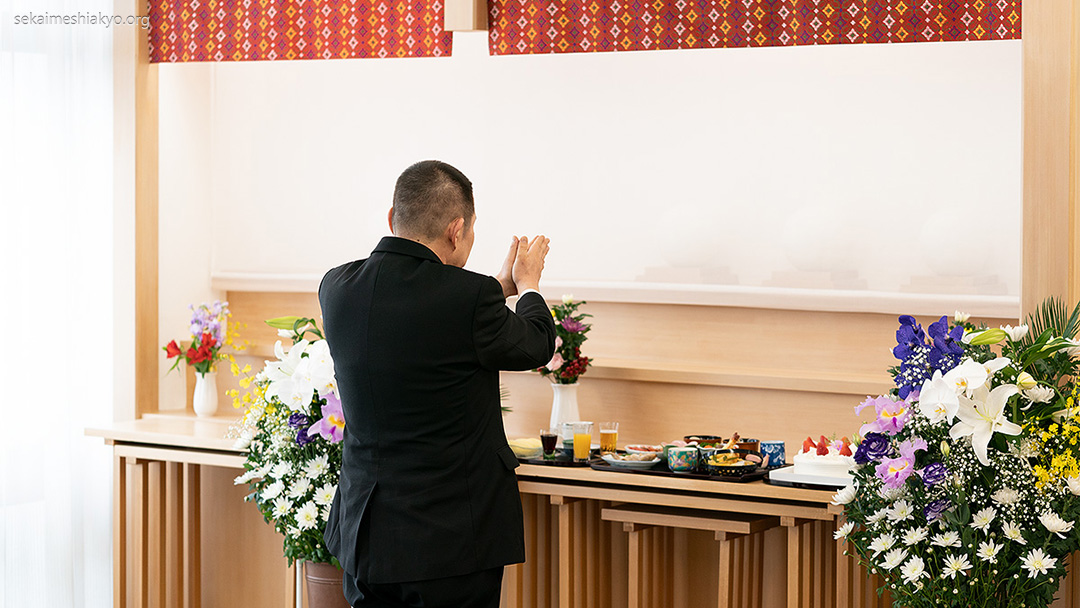 The Second Spiritual Leader, Nidai-sama, succeeded Meishu-sama to the position of Spiritual Leader, Kyoshu, on March 30, 1955. Through missionary visits to all regions across Japan, she came in direct contact with the members, and loved dearly by many like an affectionate mother, she passed away on January 24, 1962.

As we members commemorate Nidai-sama’s anniversary of death, let us impress the following message from her into our minds.

The paramount leader and person responsible for how to guide and educate the members is the Kyoshu of that time. In other words, Kyoshu decides how to interpret, compile, unify and disseminate the teachings.

This authority of Kyoshu is the official authority designated by God, so to speak. After Meishu-sama passed away, he sets forward from the spiritual realm his wishes of the construction of a heaven on earth through Sekai Kyusei Kyo’s current Kyoshu. His will and wishes are reflected onto my heart and the general outline of the teachings are revealed through me.

For this reason, as a follower of this church, when pursuing the study of the teachings, I would like you to fully understand that you are always studying under the teaching authority of Kyoshu.