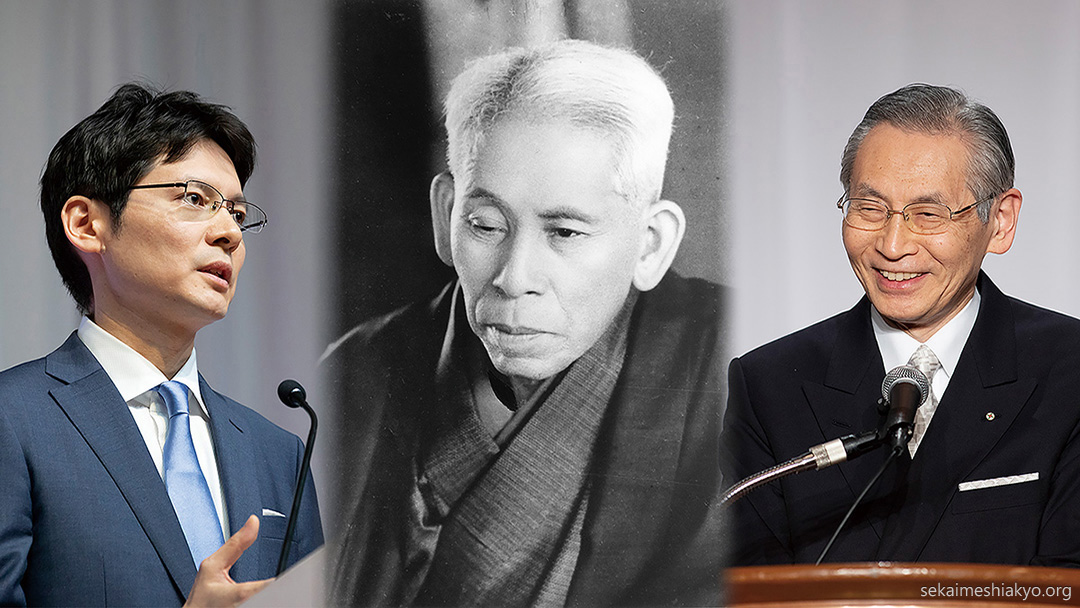 One God and many gods both at the same time.

Meishu-sama
Now I am going to explain what God is, and it is not as simple as people might assume. In Shinto, they claim that there are eight million gods, and it is true indeed. Each one of the gods belongs to one of the three different classes—upper, middle or lower—and is assigned to one of an infinite variety of roles. Until today, we only knew either the monotheistic Christian God or the polytheistic Shinto gods, but their explanations were only one-sided. The truth is this: the one and only God creates and imparts His very own spirit into many gods, so there is one God and many gods both at the same time.

Kyoshu-sama
In deep awe and fear of God, I say that God, the one and only Lord God, before setting out on His work of creation, in heaven, gave birth to the spiritual children who were given His very own consciousness as well as His soul and breath of life. He then named each one of them with the same name—Messiah.