Under Kyoshu-sama, together with many new members! 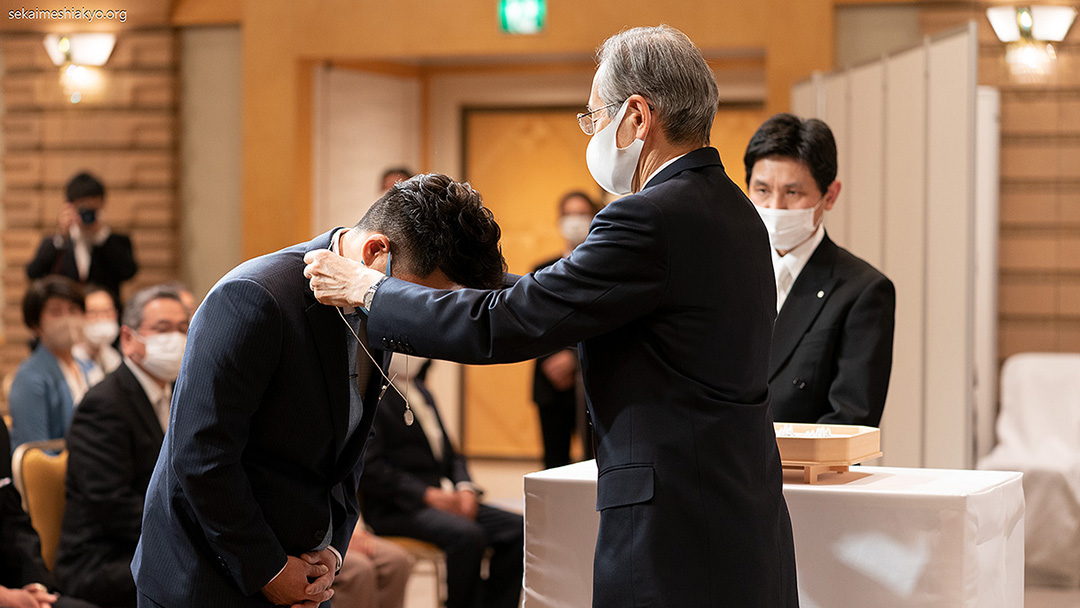 A Profession Ceremony officiated by Kyoshu-sama took place at the Hotel Nikko Tachikawa Tokyo on April 18. Masaaki-sama, Kyoshu-sama’s successor, was also present. Those wishing to become members came from all over the country, particularly from the Eastern Japan Region, along with those that guided them.

At 1 p.m., the service began with Kyoshu-sama entering the altar area and offering the Opening Prayer to God. Then all the attendees received Johrei from Kyoshu-sama.

The video “To Become Children of God: To Be Born Anew” was presented, and after a brief interval, Kyoshu-sama presented the Ohikari to each candidate wishing to profess their faith and become a member, ending the ceremony.

Impressing into their hearts the determination to convey the gospel of true salvation—to be born anew as children of God—left by Meishu-sama and Jesus Christ to as many people as possible, new members departed the venue.

After the end of the service, Kyoshu-sama and his delegation stopped by the Kunitachi Church in the Eastern Japan Region, where they viewed the new signage of the Church symbol and logo.