Together with the new members, let us walk the path of true salvation! 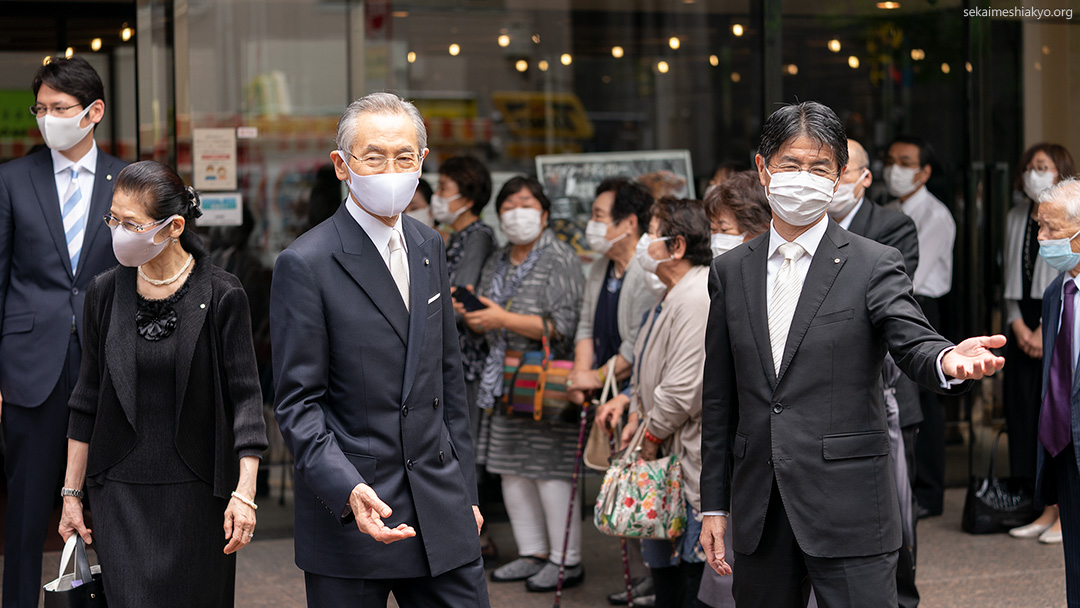 On May 16, a Profession Ceremony officiated by Kyoshu-sama took place at the Fukuoka Garden Palace. Masaaki-sama, Kyoshu-sama’s successor, was also present. Those wishing to become members came from various parts of the country, particularly from the Kyushu Region, along with those that guided them.

At 11 a.m., the service began with Kyoshu-sama entering the altar area. After he offered the Opening Prayer to God, all the attendees received Johrei from Kyoshu-sama. Next, the video “To Become Children of God: To Be Born Anew” was presented. After a brief interval, Kyoshu-sama presented the Ohikari to each candidate wishing to profess their faith and become a member. Thus, the ceremony ended.

Upon Kyoshu-sama’s departure, many members, new and old, came to say farewell. With smiles, Kyoshu-sama, Mayumi-okusama and Masaaki-sama waved their hands in response.

The new members left the venue carrying with them the great joy realized by their reunion with God whom they met before long, long ago.

The day before the Profession Ceremony, Fukuoka Prefecture had entered the rainy season and forecasted heavy rains. Instead, the sun shined with the gentleness of early summer on the day of the ceremony, as if God had welcomed us into His presence.