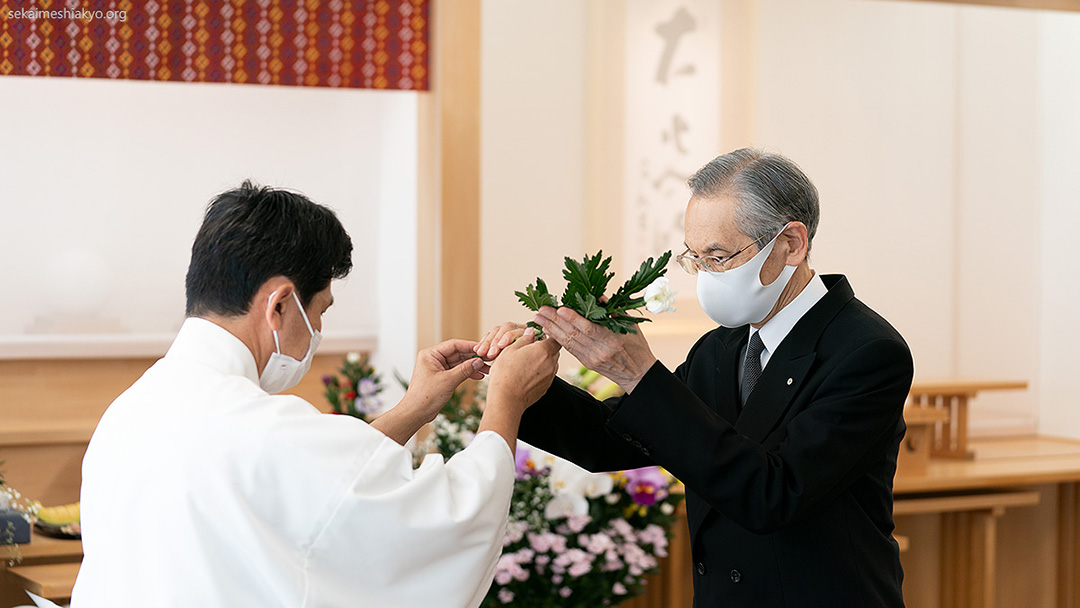 At the end of the service, “Amazing Grace” with lyrics translated by Kyoshu-sama was heard—the first for an Ancestor Memorial Service. Surviving family members responded with deep emotion.

Kunihiro-sama was born in 1932 and assumed his position in Meishu-sama’s Official Spiritual Lineage in 1975. Inheriting Meishu-sama’s ability in the arts, he demonstrated outstanding sensibility in fields such as metal craft and ceramics.

Takae-sama was born in 1938 and married Kunihiro-sama in 1960. In 1973, she assumed the position of General Director of the Sangetsu School of Flower Arrangement (Ikebana), and in 1975, she assumed a position in Meishu-sama’s Official Spiritual Lineage. For many years, she committed herself to the expansion of the Church.

Before, members of the Okada family, including surviving family of Kunihiro-sama and Takae-sama, attended memorial services and other services that took place in Hakone. However, after the secretly following and filming of Meishu-sama’s family by the illegitimate executives of Sekai Kyusei Kyo was uncovered, all family members unanimously come to pray at World Church of Messiah Headquarters.

World Church of Messiah, from here on too, will continue to go forward together with the members of Meishu-sama’s lineage, the legitimate members of the Okada family.