May the singing and the resonance of their voices reach all over the world! Music camp of The Messiah Choir (Youth Division) 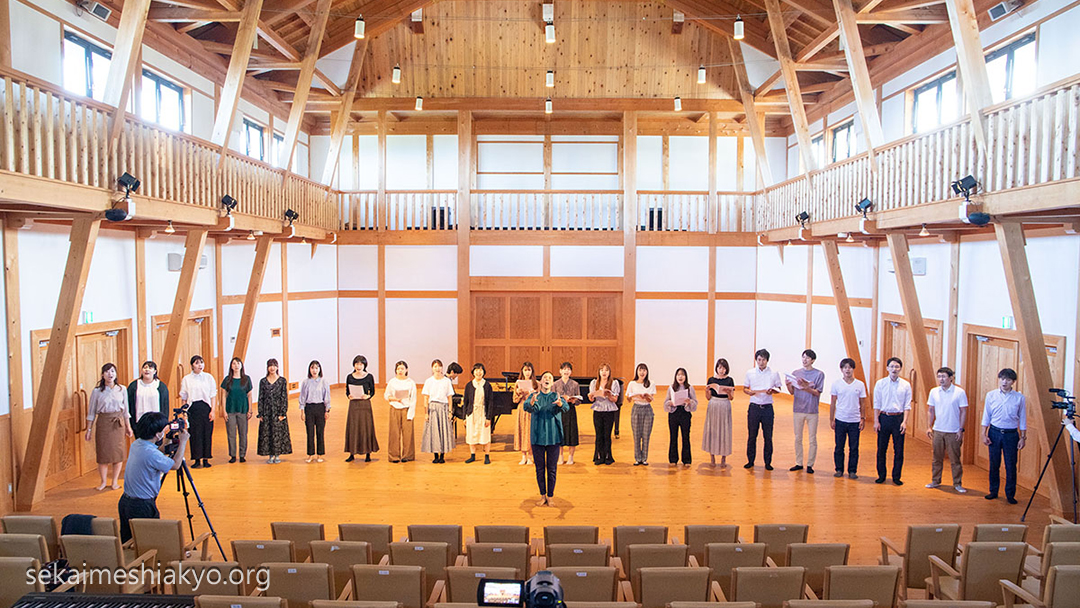 A music camp for The Messiah Choir (Youth Division) was held from September 24 to 25 in Yugawara of Kanagawa Prefecture. The young members of the choir gathered from all over the country, even as an approaching typhoon disrupted public transportation.

The music camp began with a prayer offered together to God. When a special message for this music camp from Masaaki-sama was shared, the choir members were surprised and delighted. The message included guidance stating that by singing together in The Messiah Choir, the power of the resonance of the singing and the bond between the members, will greatly open up the hearts of people all over the world to God. Given this guidance, each choir member deeply reflected on the importance of their own mission.

The practice sessions were held under detailed instructions, such as basic vocalization techniques and explanations of the music composition. While there were moments of laughter, it was quite serious. They read each line of the lyrics while fusing their own feelings into it. From the choir members, I very much felt their sincere desire to fully receive the power of God that is embedded in the lyrics that were written by Kyoshu-sama and Masaaki-sama. At night, a discussion session was held. Having received Masaaki-sama’s message, the members were able to share their many thoughts, such as what they feel through God on a daily basis, as well as the joys of singing.

There was also a presentation at the end of the music camp. From their sweet yet powerful singing voices, and their expressions filled with passion, I could feel not only the bond between the choir members, but also their joy of having become strongly aware of their connection to God through singing. Just as these young voices have touched my heart, I believe and sincerely hope that the voices of The Messiah Choir will resonate in the hearts of many people all over the world and will open their hearts to God.